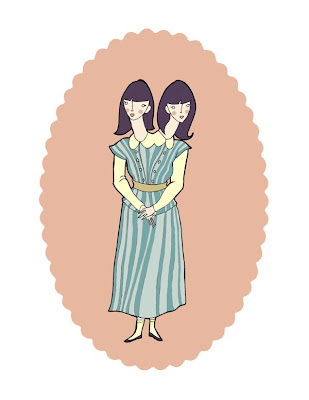 I still don't know what exactly I want to do with the background of this piece. They are conjoined twins. Their names are Miriam and Mirabelle. My whole idea was that they both are in love with different people.

I want to do a drawing inspired by the showtime show that I've been so into watching lately "The Borgias". I don't often watch tv(if I do its usually history channel or something nerdy on discovery, I wish I had national geographic channel...)but this show has captured my attention. I love things historically based, even if much of it is loosely based. The costumes are amazing and lush. I wish that when I went with my parents to Italy that I hadn't been sick when we were in Rome. I was basically confined to a bed for nearly 3 days while my family visited the Vatican and the Sistine chapel. I had just take an extensive class on art history at the Academy of art and was so bummed that I missed out on seeing stuff like that, not to mention the Baldacchino.
I did get to see a bit on my last day which was good and then later we traveled to Venice and Florence. Florence was my favorite by far.
All this talk of history makes me want to draw a Borgia character...
Perhaps Lucrezia Borgia
or King Charles VII 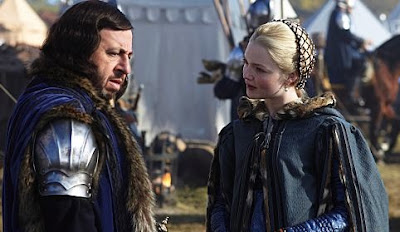 one of these two.
Posted by bunnydee at 8:20 PM