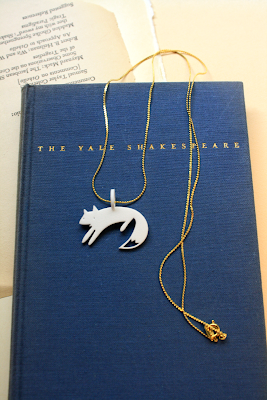 A new item has finally made its way into the etsy shop. Necklaces! That feature rabbits and foxes. Soon hopefully there will be other items as well just as soon as I work a few kinks out on them. 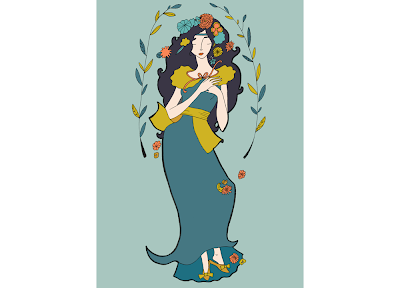 Modern day Ophelia will be the next print that I post on etsy as well. She has been waiting to be properly colored for sometime. I had her colored before but really disliked the palate that I used and had to scrap it. 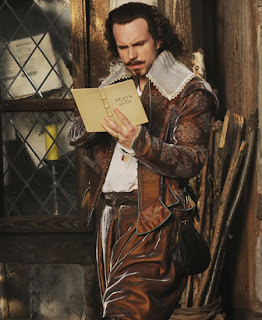 Somehow all of this blog deals with Shakespeare related things. The fox is seated on the Yale Shakespeare book that I own. Ophelia is the love interest in hamlet. Rafe Spall is playing a very different version of Shakespeare in the movie Anonymous. I had never even heard of this movie until I was watching Project Runway last week and they continued to bombard me with trailers for it. I'm hoping its good. It's nothing like Shakespeare in love. I rather adore that Spall(who happens to the son of Timothy Spall who played WormTail in Harry Potter)plays Shakespeare as such a cad. I love costumes. Especially elizabethian period costumes...and I've not seen a movie since I saw Harry Potter 3 times in theaters. I miss Harry Potter movies..

hope everyone has a great week!
Posted by bunnydee at 10:58 AM