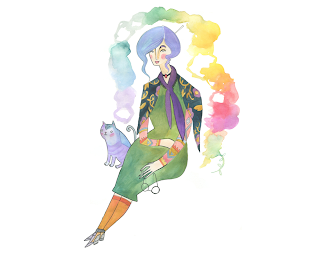 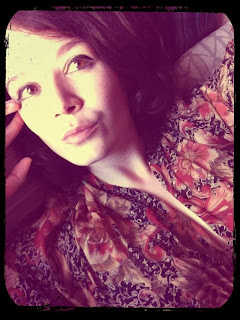 So its been an age and a day again since I posted.  I lied I said I'd be back..tisk tisk Bunny Dee.  Honestly though there have been ups and downs.  I should perhaps go through them, I'm often concerned that what I write might be a terrible bore to some.  I should stop over thinking and just be more free though.

Diabetes: I've been a diabetic since I was 13 years old.  Thats a good 18 years now.  I don't discuss it on my blog much or at all, its not that I'm ashamed.  I unabashedly take my insulin in public places even when there are constant stares.  I took a class however this august.  The first in 18 years.  I was in the hospital for 5 days when I was first diagnosed, in LA.  Since that day though I just went with what I knew.  I moved on, I lived my life, I was a good diabetic.  I only forgot to take my insulin twice in 18 years.  I needed to re-learn.  Re-tool my insulin doses.  In the act of that however the little 13 year old diabetic reared her frantic little head.  Her little "I've got this.  I don't need your help.  I'm responsible," head.  The class required a look at what we were doing, changing our doses, sent me into high bloodsugar overload I was crying nightly.  I broke down in front of the doctors when they told me that they wanted me to stay at those insulin levels.  When I broke down they looked at me like a caged animal.  I felt like a child again which was strange for a 30 year old woman.  After that I approached my diabetes with a military intensity.  I have a way of doing many things in that fashion.  Every bad bloodsugar even as I was learning was looked at as a failure..my friend finally had to convince me to stop that.  It took months though..

I guess that should be the first thing that I post in this long while.  No need to bog down this post with too much.  I have a good life.  I'm a lucky person in many ways.  Some nights...well many nights I miss open roads.  I want to have experiences in small towns, at little diners, tucked away dive bars.  Maybe its the country girl in me.  My cross country trip with my mother was one of the most beautiful of my life.  The endless country, the kind people, the quirky strange places and moments.  Some days I am not sure the city life is my dream.  Maybe i would be more content in some tiny place where I could have a home and not a room.  A porch and not loud neighbors.  See a sunset in the distance.  Watch a sun rise and drink a cup of coffee.  Maybe I want to just have a cat and draw while it tries to get in my way and paw at my pencil, and my glasses.

Not too unlike my drawing above.  Her name is Aura.  Her cat is named Dido.  She seems like she could fit in a city or the country.  She could be that lady hanging out in Sedona.  Selling crystals and waving at neighbors as they walk down the street.  She could take drives in her old beat up car to the grand canyon to catch the view.  She could be a city girl staying out of the fog or laughing with friends at some local haunt.

I need to remember that I'm born on the same day as Annie Oakley.  Alfred Hitchcock.  Strange people, who did life their way.  Didn't follow trends and were driven.  Sometimes I wish I had more of the driven part..something to cultivate.

Posted by bunnydee at 6:47 PM No comments: